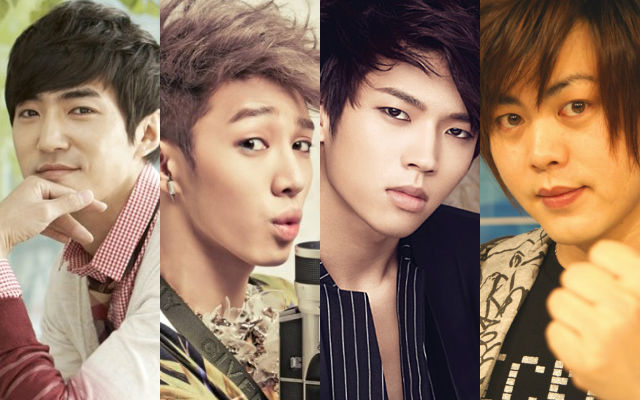 Past H.O.T. member Moon Hee Jun, g.o.d‘s Danny Ahn, BEAST‘s Lee Ki Kwang and Infinite‘s Woohyun have been chosen to emcee the 2012 Melon Music Awards, which is to be held on December 14. Each celebrity is the representing idol boy group member of their own time.

Moon Hee Jun and Danny Ahn have been active in several different variety TV programs and will represent the first generation idol group members of the nineties. Lee Ki Kwang and Woohyun have debuted in the 2000s and are currently receiving a lot of love as top idol stars. Although they are from different generations, each star has experience with emceeing.

Moon Hee Jun is the emcee for several different cable TV shows. Danny Ahn has his own show called the “Danny’s Music Show.” Lee Ki Kwang has experience with emceeing “Inkigayo” and Woohyun has shown wit and humor as a special one-day MC for several shows.

This talented bunch will be gathering together to emcee the 2012 Melon Music Awards. Viewers are anticipating a witty, playful and fun atmosphere between the two generations.

The first Melon Music Awards were held in 2009 with Jang Geun Suk as the MC. The second time was emceed by Song Joong Ki and third year was emceed by Leeteuk, Park Shin Hye and Yoon Doo Joon.