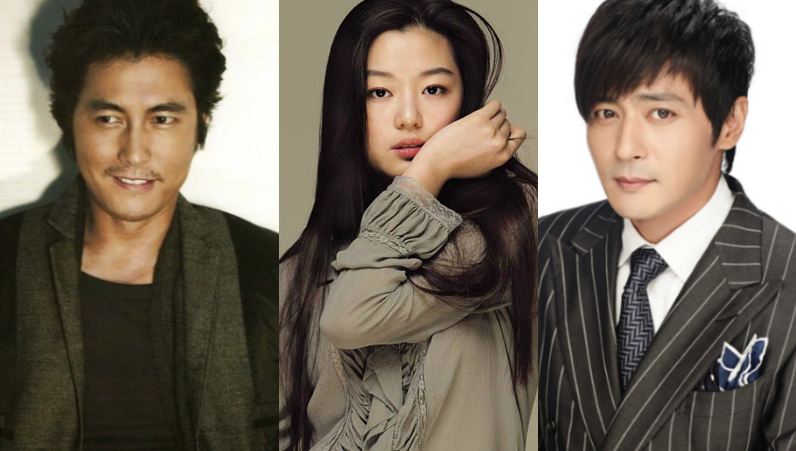 Korea’s representative top actors prove that they looked just as good in the past as they do now.

It turns out that the pictures were taken on the set during one of their joint advertising shoots. One of the pictures includes a timestamp, but omits the month and year making one guess when it took place. But from the looks of their fresher feel and Jang Dong Gun’s hairstyle, the pictures were most likely taken at least several years ago.

Netizens who saw the pictures commented, “They look like good friends,” “They look so fresh,” “Will they team up together again?” “Just how long ago was this?” “They look so handsome and pretty then and now,” “Jang Dong Gun looks cute with his tongue sticking out.”