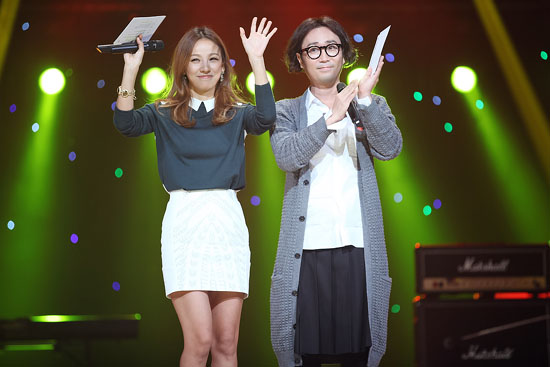 Why Would Lee Hyori Not Reveal Which Presidential Candidate She Supports?

On December 18, one day before the 18th Presidential Election in Korea, Lee Hyori actively talked about the importance of voting on twitter.

Previously on December 16, Lee Hyori tweeted, “Embarrassing,” right after the third Presidential debate aired. After much speculations and news articles, Lee Hyori tweeted again, “Hey, those who feel guilty, don’t put subjects to my tweet. Do not put words in my mouth. There are many embarrassing things. The most embarrassing thing is that I didn’t care for the presidential election last time and went out without voting.”

Lee Hyori did not stop talking about the election. In the morning of December 18, a twitter user criticized Lee Hyori, “Do you think your vote would’ve made any difference? Do you think the 5 million votes that made the decision was a joke? Time for a reality check.” Lee Hyori calmly responded, “It has nothing to do with the results. I’m just ashamed of myself for being so ignorant. Do you only care about the results?”

This twitter user wrote back, “No. I’m just telling you to stop being delusional, thinking that your opinions represent the popular sentiment.” Lee Hyori once again responded, “Popular sentiment refers to what all citizens are thinking and feeling. Your thoughts and my thoughts, they are all popular sentiments.” However, this user did not stop criticizing Lee Hyori for her initial tweet.

The user wrote back once again, “We all know who you support and whose side you are on. Why can’t you just reveal that if you’re so proud of it?” Lee Hyori wittily answered, “Reasons for it? You never know. I want to be on TV for some more time for now~”

The critical twitter usual wrote to Lee Hyori one last time, “Sure, Vote! No matter what the results say! But, comply with the results!” Lee Hyori ended the long political conversation with this person by saying, “Of course. Whoever becomes the next president, we have to accept the result and try together to make a better country.”

Meanwhile, Lee Hyori have been encouraging all of her 580,000 followers to go vote for the 18th Presidential Election both directly and indirectly via twitter. She recently suggest a “voting fashion battle” with Uhm Jung Hwa, motivating others to vote as well. She also recently garnered attention for volunteering to take pictures of elderly citizens living alone in poverty with friends and colleagues.