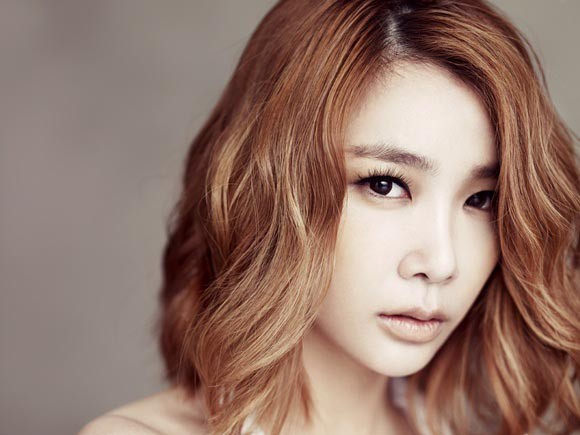 Brown Eyed Girls’ leader JeA recently announced that she will be making her debut as a solo artist.

On December 21, JeA announced her solo album release date and uploaded a photo from her album jacket photo shoot on the Brown Eyed Girls’ official twitter page. JeA is planning to have her first solo mini album released on January 4th.

In the photo, JeA looks stylish with her tough chick leather jacket, printed blouse and leather skirt. She sucks on her thumb in a sexy manner with the drawing of a cat on her palm, rousing the curiosity of fans as to what the concept of her first solo album would be. She also wears contact lenses and has her hair tied back in a bohemian yet elegant style.

In related news, Brown Eyed Girls are scheduled to hold their 19+ rated concert, “Tonight 37.2°C,” on December 24 and 25 at the Central City Millennium Hall.