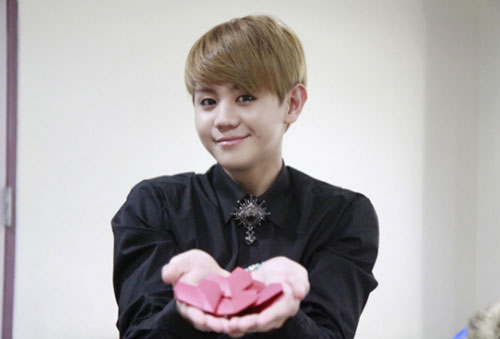 Yang Yoseob’s “Caffeine” repeats as No. 1 on our last music chart of this year. For the second straight week, “Caffeine” won over Lee Seung Ki’s “Return” and is the only song score over 900 points. “Caffeine” is also gaining ground in TV network rankings as it became the new No. 1 song on M!Countdown this week.

There are three new songs in the top 10 this week. The highest entry in the top 10 is at No. 3 where Secret’s latest digital single “Talk That” has moved up 13 spots into the top three. Recently, members of Secret were involved in a serious car accident and they suffered injuries. As a result, they are forced to stop promotions of “Talk That.” We all wish them a speedy recovery.

Despite the sudden stop in promotion, it doesn’t affect the popularity of this song as it makes a big move this week. “Talk That” is different from the usual Secret dance hits as it is a ballad tailor made for the winter season. Composed and penned by Shinsadong Tiger, this number is about a woman who is hurt by love. Listeners will be able to feel a girl’s heart through this song.

At No. 9, it is a brand new debut song from Zi-A, who returns with a mini-album “Anemone.” Her title track “For A Year” debuts at No. 9 this week. “For A Year” is an emotional ballad with piano and acoustic guitar sounds. It holds lyrics about a person who waits for an ex-lover for a year.

At No. 10, it is the first top 10 hit for recently debuted girl group The Seeya. Many fans should remember Seeya, a very popular female trio in the mid to late 2000s. This new quartet from the same record company is carrying on Seeya’s style of strong vocals in ballads. Last month, The Seeya debuted with a digital single “Be With You,” drawing good reviews. Now the group has released their first mini-album “Love U.” The title track “Poison” features Davichi’s Lee Hae Ri and moves up 11 spots to No. 10 this week. The song compares the pain one feels from breakup with poison.

As we mentioned above, this is our last music chart of 2012. Next week we are taking a break as we are focusing on our big annual event – the 2012 Soompi Gayo Awards. Earlier this week, we have announced the nominees. Be sure to vote for your favorite singers as this year we are adding the netizen awards for most popular groups and soloists given to the highest vote geters. Complete results will be announced on December 31.

During Christmas, I am also going to post my recommended top 20 songs of 2012. This list will introduce a lot of good songs from lesser known artists you may have missed this year.

Our weekly music chart will be back on the first weekend of 2013.

I like to take this opportunity to thank all our readers for your continuous support to this chart. Also, thanks to soomp!, Sylphid, Mardi09, motoway065, Yoojiin, and jnkm for helping me on compiling, translating, and editing our music chart post every week throughout 2012. And a big shout out to MYX TV who counts down our top 10 songs each week. I wish everyone Happy Holidays!