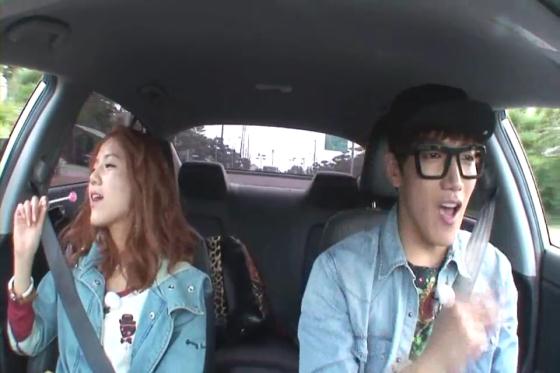 2PM’s Jun. K and AOA’s Hyejeong Pair Up on “The Romantic and Idol” TV Show

The two stars will appear on the 7th episode of tvN’s “The Romantic and Idol“, which is a reality TV dating show. The couple’s romantic scenes will be revealed and include scenes of them whispering to each other, walking with their arms locked together and a scene with Hyejeong using Jun. K’s arm as a pillow on the beach. The production crew was pleasantly surprised because the two looked like they were a real couple.

This episode of “The Romantic and Idol” features eight idol couples and includes: MBLAQ‘s Mir, JJ Project‘s JB, ZE:A‘s Park Hyung Sik, 4Minute‘s Nam Ji Hyun, Rainbow‘s Seungah, 2PM’s Jun. K, AOA’s Hyejeong and Fiestar‘s Jai. The episode shows the idols revealing their true thoughts in private in-camera sessions and shows some of the idols hesitating to express their feelings towards their partners. Viewers should look forward to watching the show because the idols will have the opportunity to have a last date with the partners that they pick.

AOA
2PM
Jun K
The Romantic and Idol
Hyejeong
How does this article make you feel?