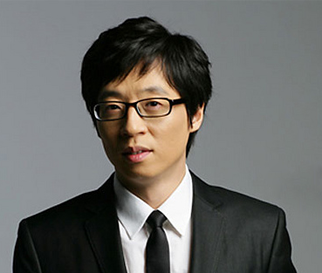 In the afternoon of December 22 at “2012 KBS Entertainment Awards,” MC Yoo Jae Suk was nominated for his program “Happy Together 3” but did not end up with any awards.

This is not the first year Yoo Jae Suk was unsuccessful in KBS. Since his first top award in 2005 for “Happy Together – Friends,” Yoo Jae Suk has been consistently nominated but never won the top award in seven years.

Though “Happy Together” is not the most popular program in KBS, it has always been loved by many loyal viewers, and therefore fans are disappointed in this recent result.

Yoo Jae Suk, however, is never petty and has always been present at the KBS ceremony. He is now considered the always-nominee-but-never-the-winner in the “KBS Entertainment Awards.”

Meanwhile, the top award for this year went to Shin Dong Yup who is currently the main MC of “Hello” and “Immortal Song 2.”