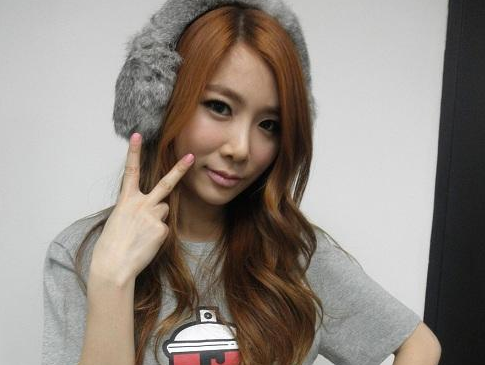 Brown Eyed Girls‘ JeA showed her sassy and charismatic self captured on film with fans.

On December 25, she tweeted, “Did everyone enjoy the concert today? Hee hee. What did you think of our dance?” and uploaded the following photo.

In the revealed photo, JeA made fans smitten with her sassy, playful pose to the camera. With her head turned to one side, she made a scowl with her red lips that can best be described as adorable. Her black bandana complimented the touch chick look JeA was striving for.

Netizens swooned saying, “JeA, you’re expression is just cute!”, “Only JeA could pull off a scowl in make-up!” and “JeA, you’re so charming when you act silly.”

The Brown Eyed Girls recently performed at Seoul Millennium Hall for their “Tonight 37.2” concert on December 24 and 25.

Brown Eyed Girls
Jea
KPLG
How does this article make you feel?