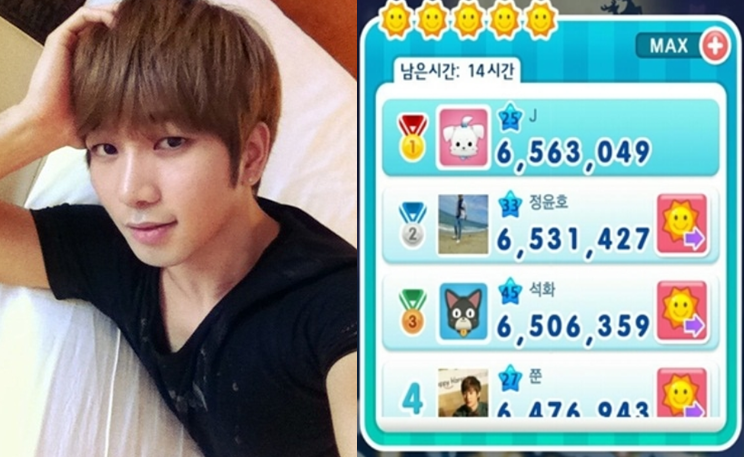 On his Twitter on December 25, group MBLAQ’s member G.O uploaded a photo along with a short but proud message, “I’ve got the ‘Everybody’s Game’ as well.”

In the picture is the screen capture of the result of the popular mobile game “Everybody’s Game.” G.O has achieved the first place with 6,560,000 points, while group DBSK’s Yunho is at the second place.

Netizens who saw this picture commented, “That’s awesome. He must have had played it a lot to get over 6,500,000 points,” “Yunho needs to practice harder,” “Fourth place is Lee Joon?”

Meanwhile at 12:00PM on December 26, G.O will be releasing the song “Because It Is Heaven,” which is the OST for the current SBS’s drama “King of Dramas.”