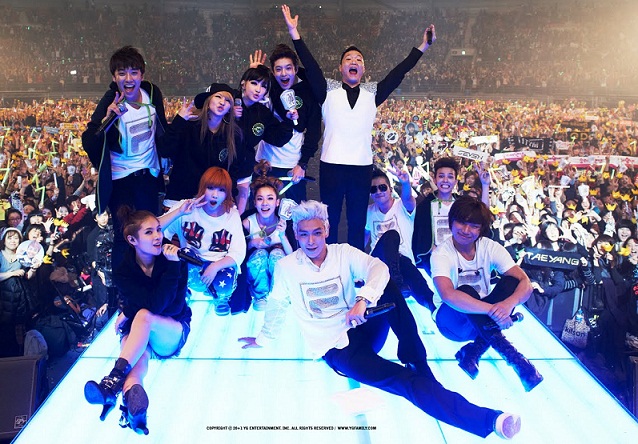 In the photo, Sean’s junior singers were revealed including 2NE1’s Sandara Park, CL, Minzy, and Big Bang’s G-Dragon. They are holding a placard that wrote, “Thank you Sean,” which made it seemed like they are fans of the mighty Sean.

Netizens who saw the twitter commented, “They look so friendly together,” “They are so cute, look at their smiles!” “I guess Sean is really nice to other singers,” and “I want to party with YG Family too!”