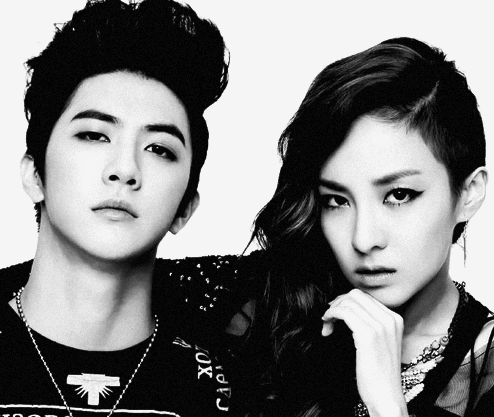 Netizens were charmed at the sight of 2NE1 group member Sandara Park taking photos of her little brother Thunder during MBLAQ’s performance.

On December 29, Sandara Park’s younger brother gave an electrifying performance with the rest of his group at the “2012 SBS Gayo Daejun: The Color Of K-Pop” awards ceremony.

While Sandara was watching Thunder and the rest of the MBLAQ members perform “Run,” she showed her excitement and pride in her younger brother’s jaw-dropping performance. She also took photos of the performance and didn’t hide her awe at the level of passion MBLAQ showed on stage that day.

Netizens who saw the captures of Sandara as a doting sister commented, “Sandara Park is too cute!”, “She must have been proud of Thunder’s performance”, “They are such talented siblings”, “That’s an expression of sisterly pride on her face”, “That’s really sweet!” and “I wish I could see my sibling performing on stage!”

2NE1
Dara
MBLAQ
Thunder
KPLG
Sandara
How does this article make you feel?