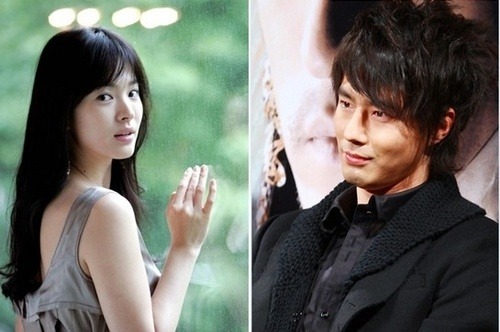 A short teaser clip for two upcoming SBS dramas, “Night King” and “That Winter The Wind Blows” has been revealed.

On December 31, the 2012 SBS Drama Awards took place. During the ceremony, a teaser clip of two of the highly anticipated clips were shown.

The clip starts off with cuts of Soo Ae and Kwon Sang Woo in “Night King.” Both actors’ tense facial expressions, teary eyes and dramatic actions could be seen in the clip. The pilot episode for “Night King” will air on January 14.

The clip transitions into a teaser for “That Winter The Wind Blows.” Viewers caught a glimpse of Song Hye Gyo‘s signature tearful acting and Jo In Sung‘s signature emotional acting. A few scenes were shown, which heightened the excitement and anticipation for this drama.

“That Winter The Wind Blows” is garnering a lot of attention already for the two dazzling leads. The drama is about the encounter between a man and a woman, who don’t believe in love. It will first air on February 13.