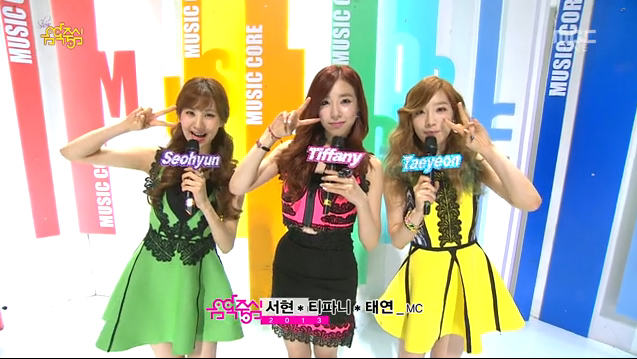 For 2013’s first episode of Music Core, we get to see Girls’ Generation make their long awaited comeback. They performed their songs “Dancing Queen” & “I Got A Boy” on the program today.

Brown Eyed Girls‘ JeA had her solo debut as well with her song “While You Were Asleep.” Be sure to enter in our contest to win her signed album!

Secret‘s Sunhwa and B.A.P‘s Young Jae performed their cute duet track “Everything Is Pretty.” Rookie girl group GLAM came back with “I Like That.”

Next week’s show will feature comebacks by Boyfriend and Infinite-H.

Comeback Stage
Girls’ Generation – “Dancing Queen” & “I Got A Boy”
Baek Jiyoung (with. Yiruma) – “I Hate It”

First Solo Debut
JeA – “While You Were Asleep”

Girls’ Generation “I Got A Boy”

Teaser’s for next week’s comebacks by Boyfriend and Infinite-H on page 3.

Check out teaser’s for next week’s comebacks by Boyfriend and Infinite-H on page 3.