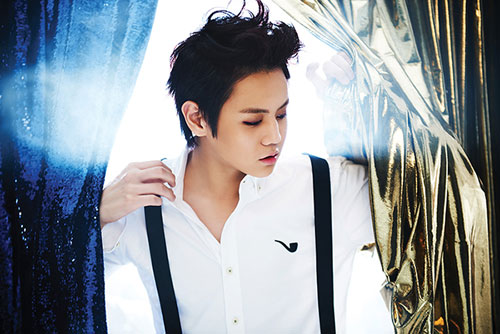 Happy New Year to all our readers. We are back this week after our break for the 2012 Soompi Gayo Awards. We are set to begin our 9th year of the weekly K-Pop music chart. As usual, at the beginning of each year, we are making some changes to our chart sources to better reflect what is popular in the K-Pop world.

You will see below that we have a format change to make it look more sophisticated. Thanks to soomp who has spent many hours designing this new format. Hope you all like it.

As for the scoring system I only made a few small changes. Gone are MBC Top 100 chart, plus SBS Inkygayo which they had abandoned the Take 7 chart since the middle of last year. The two most credible independent sources of our chart: GAON and Billboard Korea, have their weight increased from 15% to 20%. Also, back for now are the artist appearances on the first major music shows (SBS Inkygayo, KBS Music Bank, MBC Music Core, and MNet M!Countdown), which accounts for 10% of our scoring.

One major change which will take place very soon is a weekly fan voting poll for the most current and popular songs in Korea. We are in the process of finalizing the details with our team and will have the poll in place within the next few weeks. Once the poll is in effect, the fan voting will carry a 10% weight and will eventually replace the artist appearances. Stay tuned for the announcement of the voting poll and how it works.

Back to the first music chart of 2013. There were many changes within the top 10 since we had skipped a week. However, the No. 1 song remains the same as Yang Yoseob’s “Caffeine” is still on top for the third consecutive week. Yoseob who just turned 23 yesterday, was also still No. 1 on M!Countdown this past week. What a great birthday present for him! Congratulations.

There are four new songs in the top 10 this week. Right below “Caffeine” at No. 2 is Sunny Hill’s “Goodbye To Romance.” Moving up 18 spots, it has become the group’s biggest hit on our chart so far. Sunny Hill is now performing as a female quartet since the lone male member Jang Hoon has entered military service. “Goodbye to Romance” is written by Lee Min Soo and Kim Ina, who write most of Sunny Hill’s hit songs. The song holds lyrics about wondering how one’s first love is doing now. The group does a great job harmonizing their vocals to bring out the mood of this number.

The highest brand new debut song this week is at No. 6. Male ballad duo December is back with their second full length album “The Last Legacy.” The title track “Don’t Go” is a masterpiece written by hit composer Cho Young Soo. Instead of going with their usual orchestral accompaniment, the group tried something new – analogue arrangement. December also decided to go for a more easy-going song this time around. So far it is very successful as it become their latest top 10 hit.

Another new debut song at No. 7 is “Dancing Queen” from Girls’ Generation long awaited Korean comeback album. After releasing their third album “The Boys” late in 2011, Girls Generation spent most of last year making their American debut, promoting in Japan, touring various countries, and also members were busy with their solo activities. Their sub-unit TaeTiSeo had a successful mini-album in 2012 with the No. 1 song “Twinkle”. Now the full group is finally back once again and just released their fourth album “I Got A Boy.” “Dancing Queen” is the pre-release single of this album. The real title song is the same as the album name “I Got A Boy”, and is expected to hit the chart very soon.

At No. 9, ballad group Noel has another new song “Bandage.” This song replaced their previous hit “Things That I Couldn’t Say” which was still in the top 10 on our last chart in December. “Bandage” is the theme song of the movie “Love 911” starring Go Soo and Han Hyo Joo. The MV shows footage of the movie plus Noel’s recording of this song.