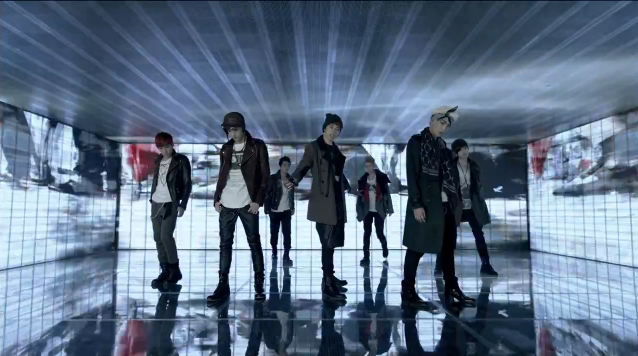 Core Contents Media’s boy group SPEED has revealed their comeback music videos for “That’s My Fault.” The track is a medium tempo song and was created by Duble Side Kick. It is about a man who is heartbroken after a breakup.

The dance version music video features Davichi‘s Kang Min Kyung in some scenes, as her vocals are featured in the song.

This drama version video had a budget of 750 million won (about $750k). The story will revolve around four characters and show the sadness of friendship and love in the 80s. About 700 extras and high-quality props such as military tanks, have been included in the music video as well.

A Few weeks ago, SPEED also revealed their teaser for “It’s Over.”