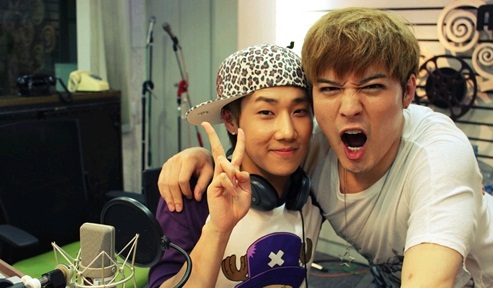 Shindong of Super Junior and Sunggyu of Infinite has been confirmed as fixed cast members of the variety show “High Society.”

Producer Lee Dong Hee of “High Society” said, “While we were searching for cast members, Shindong and Sunggyu were suggested as both Super Junior and Infinite has been on the show before…Shindong is close to Lee Soo Geun and Kim Byung Man so we anticipate a lot from him. Sunggyu was chosen because we believe he can show a new character that is unlike what we regularly see on variety shows.”

Shindong showed his distinct variety sense as he quickly adapted to the rooftop setting on the December 29 broadcast of “High Society.” The past October, Sunggyu brought laughter to the audience with his offbeat charms.”

Producer Lee Dong Hee added, “We recorded their first episode this week and the concept was that Shindong and Sungyu went into filming not knowing about the other person and share the rooftop room together. Their chemistry exceeded our expectations.”

Shindong and Sunggyu’s first episode will air in February on JTBC.