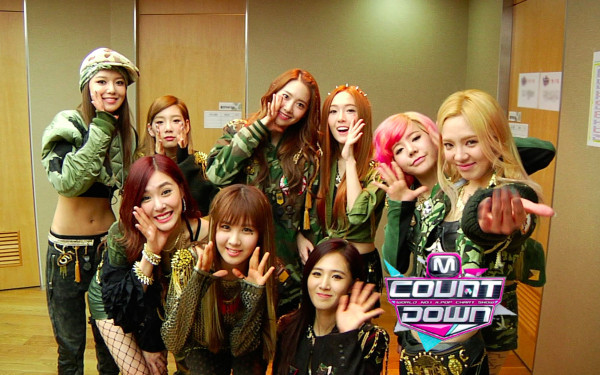 Another Thursday and another week of finding out who dominated the charts this week on M!Countdown.

The showdown tonight was between Ballad Queen Baek Ji Young and the one of Korea’s biggest girl-groups Girl’s Generation. Both had great songs! But in the end the winner who stood and took home ‘song of the week’ was SNSD with their new single “I Got A Boy”.

Special MC for tonight was Soyu from SISTAR. She was joined on stage with members of Boyfriend, who wowed their audience tonight with their new strong and masculine comeback.

Some debuts for the night! Both from very famous groups and both very talented, it was Brown Eyed Girs’ JeA and INFINITE H who had their debuts outside of their groups.

Check out all the performances below!’

Infinite H “Without you” and “Special Girl”

Boyfriend “Standin with U” and “I Yah”

Hello Venus “What are U doing today?”

BIGSTAR “I got the feeling”