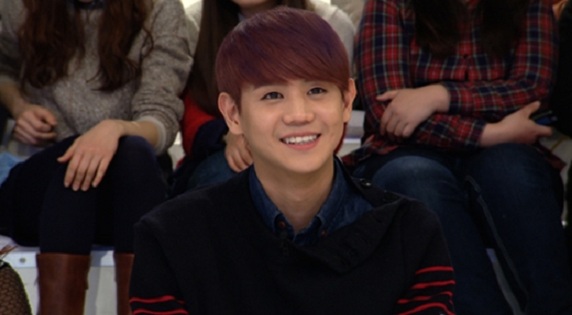 Not a lot of changes on the chart this week as Yang Yoseob’s “Caffeine” hold on for the top spot for yet another week, – its fourth straight week on top. “Caffeine” is still going very strong, not only gaining points from last week but also eclipsing the 900 point mark for the fourth week in a row. Next week Yeseob will face a strong challenger if he wants to be on top for the fifth week. More on that below.

Sunny Hill’s “Goodbye To Romance” is up to 921 points this week, but have to settle for second place again as “Caffeine” is too strong. Secret’s “Talk That” moves back up to No. 3 this week. Due to a car accident back in December, Secret was forced to stop promoting for a few weeks, but now they are back and “Talk That” is moving up on the chart again.

We have only two new songs in the top 10 this week. Girls’ Generation is debuting at No. 6 this week with their album title song “I Got A Boy,”, replacing the pre-release single “Dancing Queen,” which was at No. 7 last week. Needless to say, this song has already topped many charts in Korea. With their recent wins on M!Countdown and Music Bank, they have a high chance to become our next No. 1 song.

At No. 9, after lurking under the top 10 for several weeks, Dal Shabet’s “Have, Don’t Have” finally makes its appearance in the top 10. This is the title song from Dal Shabet’s fifth mini-album of the same name. It has been released for nearly two months now and certainly took advantage of a traditionally slower charting period early in the year and making the extra push into the top 10.

Last but not least, it’s our pleasure to announce that the 2012 Soompi Gayo Awards Show will be aired live by MYX TV on this coming Wednesday, January 16 9:30/8:30c. Be sure to check it out.