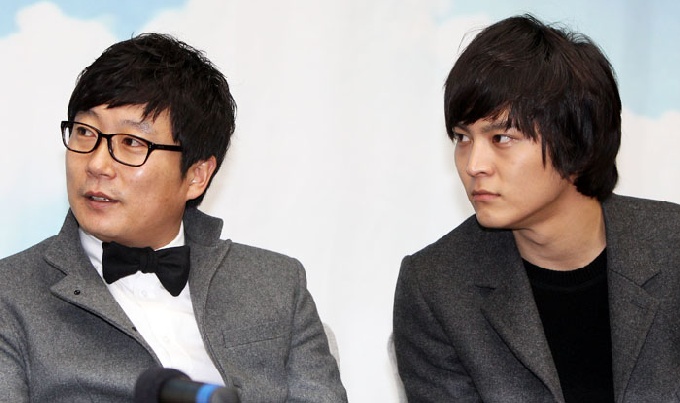 On the most recent episode of KBS “1 Night 2 Days,” members headed to Taebaek, Gangwondo for a snowy country trip. On their way to Taebaek, members played a fun little game of trying to make others laugh while they are refraining from laughing. As a result, each and every member did everything they could to make the others laugh.

In the midst of various attempts at inducing laughter, Joo Won’s tactic caught everyone off guard. He tried to make Lee Soo Geun laugh but was not so successful in doing so. As his final attempt, Joo Won got up from his seat and slapped Lee Soo Geun rather playfully. Kim Seung Woo seemed rather by this unexpected action of Joo Won’s. He said, “Joo Won slapped for real!”