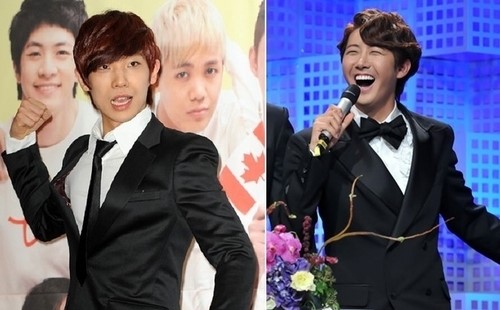 A representative from “Blind Test 180 Degrees” commented, “Along with Lee Joon and Kwanghee, Sung Dae Hyun, who starred in the pilot episode of ‘Blind Test’ previously, joined us, too. Although it was only the first filming, Park Mi Sun and Jeon Hyun Moo had a great chemistry as co-hosts. Overall, it was very successful.”

“Blind Test 180 Degrees” is a variety show that judges the value of various products without revealing their prices and makers. Many non-celebrity experts will appear on the show to advice celebrities in realizing a products’s real value. The representative added, “This show is not just about which big-named celebrity makes an appearance. We are going to have viewers participate in the show and have them agree with us and with each other. In the first episode, we will compare water from the hot springs with regular tab water. We invited an expert bath masseuse with 30 years of experience and a self-claimed ‘bathing master’ to participate. It’s going to be fun.”