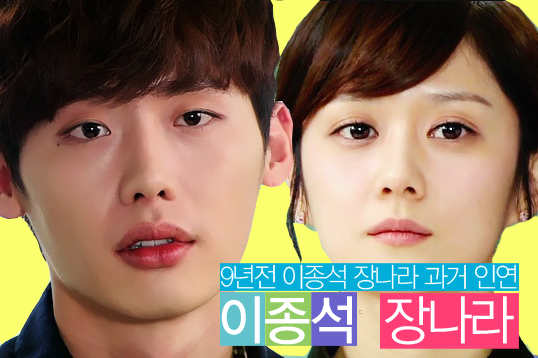 Jang Nara and Lee Jong Suk, who play the role of teacher and student in the current KBS hit, “School 2013,” have had a past encounter, which is quickly becoming a hot topic.

A netizen had recently posted “Lee Jong Suk’s Past Encounter With Jang Nara” on an online community forum. The post contained captures from an old SBS variety program, “Truth Game,” from nine years ago.

Jang Nara appeared as a panel member of “Truth Game” and the episode was about finding a special model. Lee Jong Suk was one of those contestants.

At the time, Lee Jong Suk was at a young age of 16. Even then, Lee Jong Suk’s talents and charms garnered much attention. During the broadcast, Lee Jong Suk showed off his break dancing skills and his facial acting skills. Captures of Jang Nara warmly smiling at Lee Jong Suk were taken.

Netizens commented, “This is such a small world,” “I wonder if Jang Nara and Lee Jong Suk remember this from nine years ago,” “This is so cool,” and more.