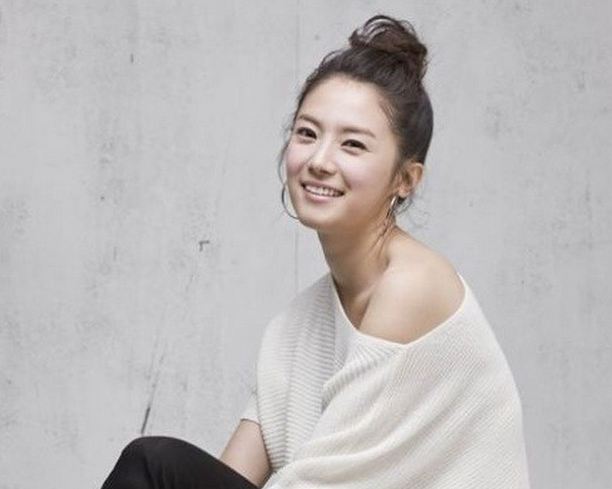 This much-talked about news originated from the SBS talk show “Strong Heart” and was broadcast on January 15.

The man behind the story of his grandfather fighting cancer was boy group B1A4’s Sandeul who said, “My mother’s father can’t go on surgery even if he has cancer but he does not know that. He’s a very bright person and our family thought that it was best not to say anything if he can’t receive any treatments.”

Following that story, actress Kim Jung Hwa revealed her mother’s death that had occurred last October. The whole film set ended up in tears and shooting even had to be stopped for a while.

Despite this gloomy atmosphere, Yoo Hana was shown holding up a hand mirror and retouching her lips, which made the audience criticize her behavior.

This captured picture was quickly uploaded on SNS and Netizens stated, “She appeared as a good housewife but is she only good to her husband?” “She should pay attention to her surroundings before taking any action,” and “ Doesn’t she get the mood around the film set?”

The producer of the show Park Sang Hyuk stated, “The participants of the show cried so much that we had to pause filming for a bit. She was just retouching her make-up after we resumed because she had cried so much.”