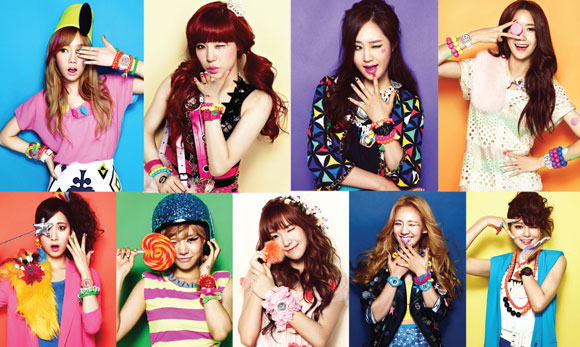 Style
by A. Lim

Casio’s ladies watch brand, Baby-G, announced their 2013 S/S concept, “Kiss Me Baby-G.” Their goal is to express and recapture the excitement and thrill of the first kiss by using Girls’ Generation as their models.

Despite the freezing cold weather and their busy schedules after Girls’ Generation released the new song, “I Got a Boy,” Girls’ Generation’s bright smiles created a cheerful atmosphere at the shooting set. Each of the nine members distinctively portrayed the “Kiss” concept through their individual styling and color elements.

Casio’s representative highly praised the group members by saying, “Girls’ Generation will generate a significant synergy effect with “Baby-G.” The watch which has superior functionality as well a fun and witty design, contains kiss marks from Girls’ Generation, which will have more meaning to the fans.”

Nine different kinds of Girls’ Generation watches are being released. In February there will be an additional second special package collaborating with the singers.

SNSD
I Got a Boy
How does this article make you feel?