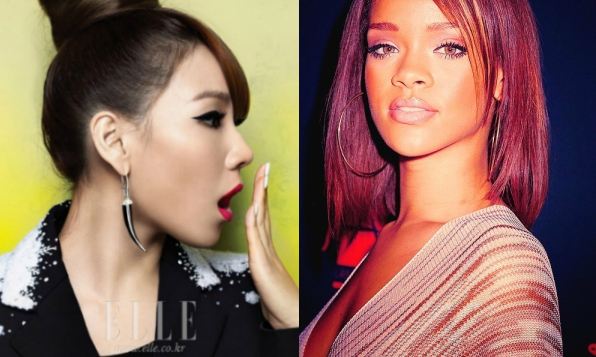 2NE1’s CL is in the spotlight for her relationship with female artist Rihanna.

The well-known singer made the first move and followed CL on her Instagram account and 2NE1 fans are going wild by making comments in line with “Daebak,” “I’m so surprised” and “Really? Wow!”

CL recently posted a picture on her online photo-sharing social networking service with A$AP Rocky. She looks classy with undeniable charisma next to one of America’s up-and-coming rappers. The black and white filter enhances her flawless skin.

A represent from YG Entertainment commented, “CL is currently in London for a magazine shoot and took a picture with A$AP Rocky when they met.” (A$AP Rocky is an American rapper and music video producer. He has been nominated for several awards this past year, such as “Best Editing” (MTV Video Music Awards) and “Best New Artist” (BET Awards).

2NE1
CL
Rihanna
KPLG
A$AP Rocky
How does this article make you feel?