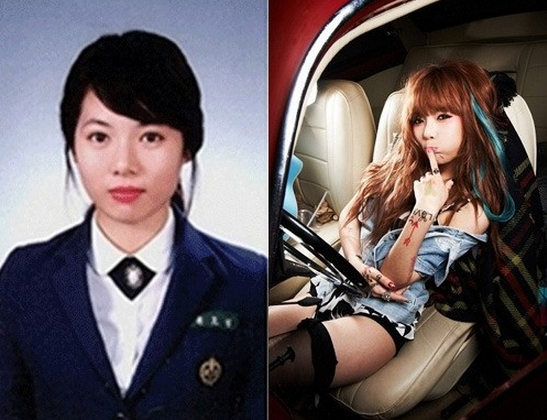 Lately, photos of 4minute’s HyunA in her middle school days have attracted tremendous attention. HyunA was one of the lucky few who’s middle school yearbook photo looked decent. Unfortunately, most of us mere humans are not that lucky. If I could, I would track down all my middle school yearbooks that have been distributed and scratch out all of my photos. Anyways, it appears that several K-Pop idols also had their share of awkward phases in middle school. Scroll through the gallery to check out some of today’s hottest female K-Pop idols’ middle school graduation photos!