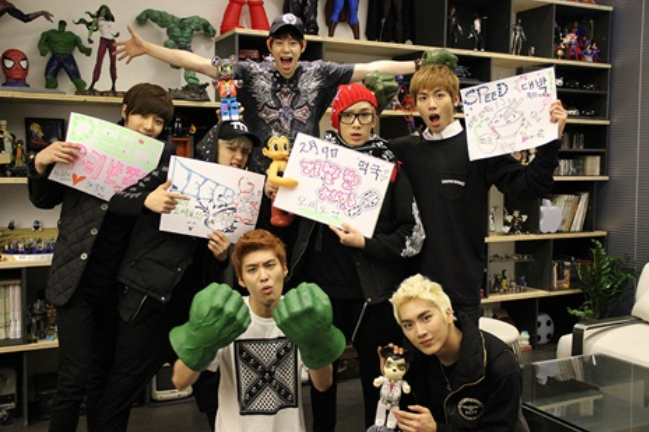 According to group SPEED’s agency, Core Contents Media, SPEED’s members announced that they will cook and serve food to their fans. Their songs “Sad Promise” and “It’s Over” have been gaining a lot of popularity, and to show their appreciation, SPEED decided to make rice cake soup, which is a Korean traditional dish.

This special event is to take place on February 9 at an informal restaurant located in Bu Chun city. Any fans visiting between 6:00 to 9:00 PM will receive free food.

SPEED’s members also announced, “This event is for us to show you our thanks, and therefore we will not accept any gifts from you. Any fans that show up with presents for us will not be allowed in.”

They continued, “According to our calculation, there are approximately 8,000 fans, including the members of the official fan café. Unfortunately, the restaurant can only allow 1,000 people, so we will be preparing only 1,000 bowls of soup.”

Meanwhile, SPEED has donated the entire profits from their debut album to charity.

Core Contents Media
SPEED
KPLG
It's Over
sad promise
How does this article make you feel?