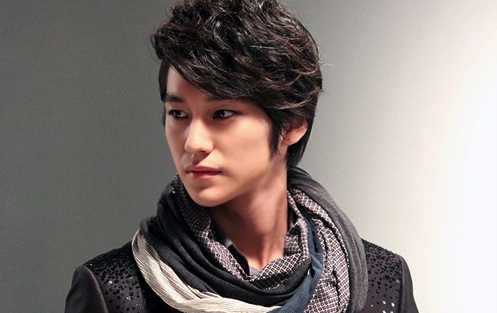 Kim Bum Looks Handsome as Ever in New Stills from “That Winter, The Wind Blows”

New stills of Kim Bum in SBS’s new Wednesday-Thursday drama “That Winter, The Wind Blows” were revealed to the public this morning.

On January 23, King Kong Entertainment shared photos of its actors on the set of the upcoming drama. In the photos, Kim Bum exudes charisma in a leather jacket and red-tinted hair.

In the upcoming series, Kim Bum will take on the role of Jin Sung, professional poker gambler, Oh Soo’s, (Jo In Sung) right hand man. He can be friendly one moment and cold-hearted the next, not to mention that he’s also quite short-tempered.

“That Winter, The Wind Blows” is Song Hye Kyo and Jo In Sung’s comeback piece to dramaland. Song Hye Kyo takes on the role of Oh Young, the sole heiress to a giant conglomerate. She lost both her parents and her eyesight, making her extremely self-protecting and lonely. Jo In Sung plays Oh Soo, a playboy and a gambler who sets his eyes on his next target, Oh Young.

Song Hye Kyo
Jo In Sung
Kim Bum
That Winter The Wind Blows
How does this article make you feel?