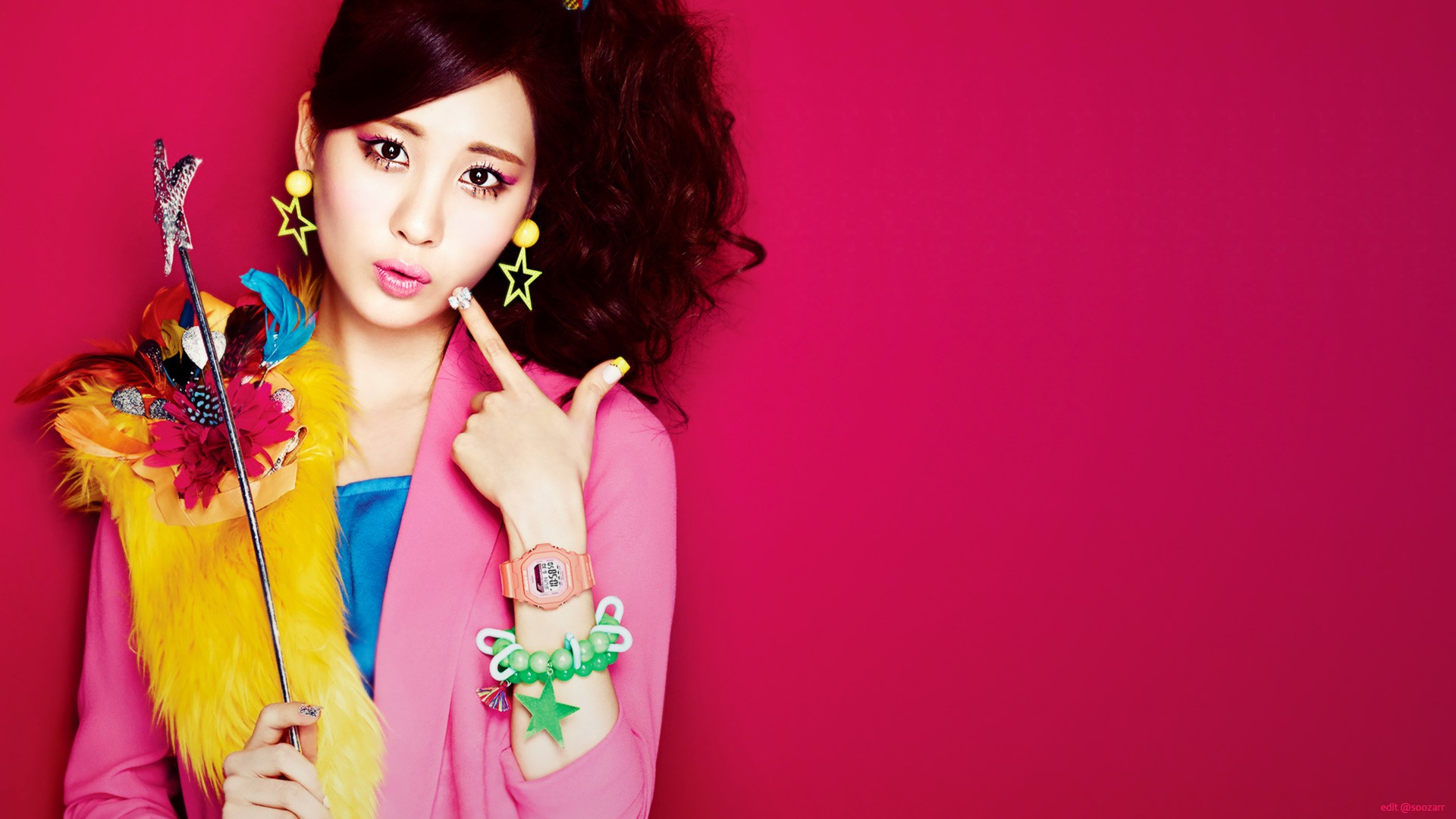 Seohyun, the maknae (youngest) of Girls’ Generation, drives her older members crazy with her habits.

On January 23, most of the members appeared on MBC’s variety talk show “Radio Star” where MC Kim Gook Jin started off, “So, there’s talk that Seohyun has a talent in driving the other members crazy.”

Seohyun seems embarrassed and surprised when Jessica playfully butts in, “That happens a lot. In what way are you asking?” and causes much laughter inside the studio.

MC Kyuhyun revealed that member Yesung would suddenly bust out with “Yehhhh~ Woooo~” inside the car, surprising him. The Girls’ Generation members laughed, but said that Seohyun doesn’t go that far.

MC Yoo Se Yoon quickly brings up Seohyun’s 30 minute meditation ritual before she sleeps and that Hyoyeon revealed she would go crazy because of the music. Seohyun explained, “I don’t meditate every single night, but I listen to nature sounds [birds and ocean waves] and meditate. I feel much more relaxed after listening to the sounds.”

Hyoyeon quickly adds, “In the beginning, I didn’t understand why she would do that and thought it was noisy.. ‘Does she not see me?’ Anyways, I listen to other people well so when Seohyun said it was good and all of a sudden, I see myself also meditating with her.”