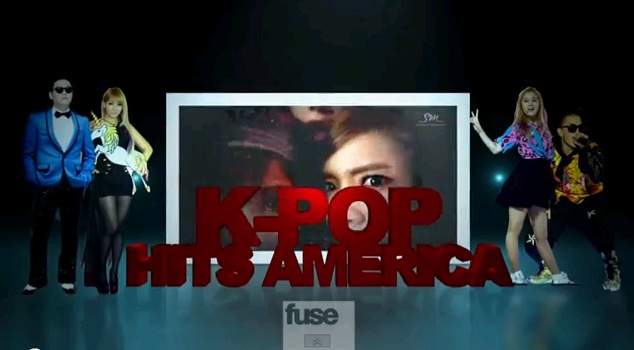 Soompiers are probably aware just how big 2012 was for the K-Pop industry. Our favorite artists put out great hits, over eighty rookie groups debuted, and of course, PSY blew us all away with his mind-blowing popularity in and out of Korea. Because of PSY and “Gangnam Style”, K-Pop blew up and made itself known to the world that it was a force to be reckoned with.

With PSY currently working on his official American debut, there is a lot of speculation on how big K-Pop will get in America and other western countries.

Fuse, an American music cable channel and website, has been keeping a close eye on K-Pop and now offered their view on K-Pop’s current and future impact.

On their website fuse put out an article and video titled, “Can K-Pop Become Big in America? Music experts and K-pop stars predict whether 2013 will be the year you start singing in Korean.”

In the video, fuse highlights what some big names of the K-Pop industry, like Big Bang, 2NE1, Girls’ Generation, Wonder Girls, EXO, and PSY, are currently doing for their international promotions. They also interview Joe Levy, an editor for Billboard, and Eat Your Kimchi’s Simon and Martina.

Check out the video below and tell us how big you think K-Pop will get in 2013.