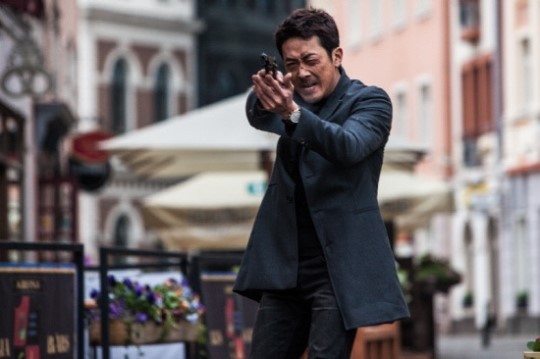 Ha Jung Woo, “Although I Played Jeon Ji Hyun’s Husband, There Were No Skinship Scenes”

Ha Jung Woo recently held an interview with “eNEWS” with fellow cast members Han Suk Kyu and Jeon Ji Hyun from the film “The Berlin File.” (Berlin) During the interview Ha Jung Woo was asked what it was like appearing in a film with Jeon Ji Hyun as her husband. Ha Jung Woo stated, “Although I portray Jeon Ji Hyun’s husband in the film, there was no scenes showing skinship. I don’t know who was more disappointed because of that fact.”

The “Berlin” film itself will involve lots of spy games and action scenes. In the film, Ha Jung Woo will play a North Korean spy named “Pyo Jong Sung” who lives in Berlin. The tvN “eNEWS” interview will broadcast on January 24, 2013. The film “Berlin” will open on January 31, 2013.