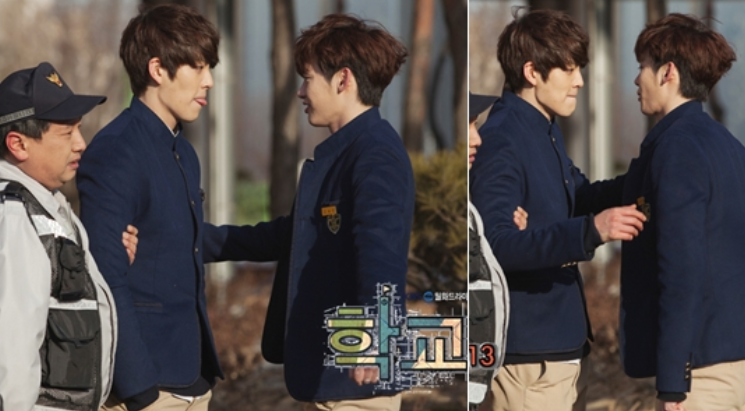 On the official homepage of KBS’s teen drama “School 2013” on January 25, several dreamy pictures of actors taken during the filming were released.

In the photos are two actors standing close by and intensely gazing at each other. Then on the last picture, Kim Woo Bin appears to pull Lee Jong Suk as if to kiss him.

Fans who saw these pictures commented, “It’s not fair that they look so great together,” “I’m not sure what they are trying to do, but it sure looks romantic,” “Go Nam Soon and Park Heung Soo should get the best couple’s award.”