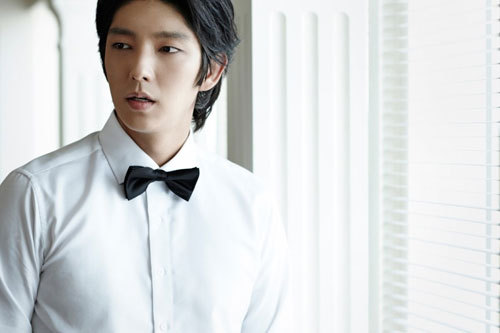 Actor Lee Jun Ki released a new album for his fans simultaneously in Korea and Japan on January 29.

On January 27, IMX Entertainment revealed that he was secretly preparing an album.

An official from his agency stated, “This album was made for the fans. We are hoping this will be a small gift for them. This is not for Lee Jun Ki’s career as a singer. We are specifically recording this for the domestic and international fan meeting tour.”

Lee Jun Ki created the title track “Lost Frame” from his new album “Case by Case (CBC)” so that he could challenge himself with something new.

According to the agent, the album contains several genres such as ballad, intense rock, electronic, hip hop and new metal.

In Japan, the actor will unveil the title song “Tonight.” It is a love song and Lee Jun Ki participated in writing the lyrics, which is about the desire of one’s love at first sight to come true.

Meanwhile, the actor is contemplating his next project. Previously, he starred in MBC’s drama “Arang and the Magistrate Wrapped.”

Lee Jun Ki
Tonight
Arang and the Magistrate
KPLG
Case by Case
Lost Frame
How does this article make you feel?