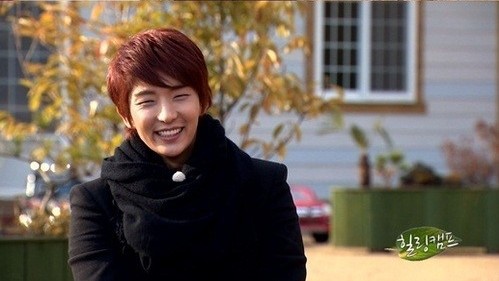 Lee Jun Ki fans, are you listening? Lee Jun Ki recently revealed that he suffers from a lack of affection!

On this week’s episode of the talk show, “Healing Camp,” Lee Jun Ki is featured as the main guest. During the show, Lee Jun Ki confessed, “I suffer from a lack of affection. When I go back to being the real Lee Jun Ki after acting, I feel this huge emptiness.”

He continued to say, “When I’m home alone, I even practice kissing by myself,” to everyone’s great surprise.

When the show first starts, it is said that Lee Jun Ki made a grand entrance as he came on the set, riding a white horse with “Gangnam Style” playing in the background. It is reported that Lee Jun Ki kids and jokes around during the episode while dancing and singing, which is quite expected as fans don’t get to see that side of him as much through his dramas.

Lee Jun Ki even shared a personal story about how he thrust a knife in front of his family because of his huge heartache over a failed love, which put everyone in shock.