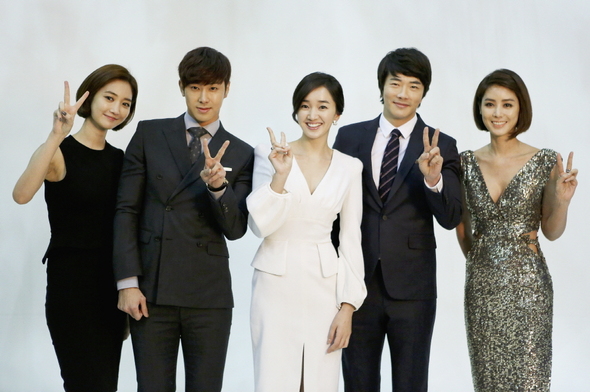 If Soo Ae was a mother in real life, she would look like an affectionate one. Recent photos taken behind-the-scenes on the SBS drama “Night King” filming set show the dramatic in loving poses with the newly introduced child actress Kim Ha Yoo.

In one of the shots, Soo Ae is seen giving Kim Ha Yoo a piggyback ride. In another, she is cradling the child actress on her lap, ignoring the extra chair beside her. According to the reports from the production, the scene shot that day was an intense dramatic one that involved crying. Kim Ha Yoo was trembling in the cold and Soo Ae gave her an embrace to prove her motherhood.

“Aunt Soo Ae held me, little Ha Yoo as I cried and we have now a deep affection,” the child actress is quoted as saying.

Reports also said production praised Kim Ha Yoo for her acting ability. The child actress went through a series of auditions to clinch the role. She has also shown a particular aptitude for acting through the first script readings and memorized all her lines, which surprised the cast and crew.