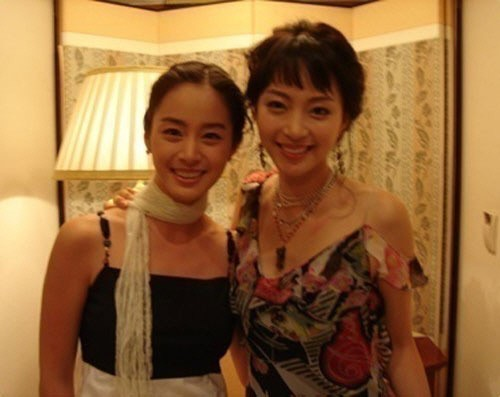 Recently on an online community bulletin board, a picture was uploaded under the title, “Celebs with the smallest heads, Kim Tae Hee and Han Ye Seul.”

Despite the fact that she is standing next to Han Ye Seul, who is known for her CD-sized head, Kim Tae Hee still looks beautiful with her equally small face.

Netizens who saw this picture admired, “They both have such small heads,” “Beautiful faces and great bodies,” “Beautiful picture,” “It looks like there are two mannequins in the picture.”