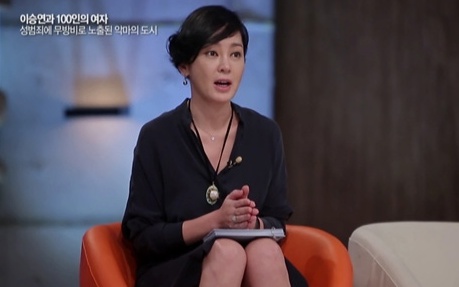 Previously on January 24, Lee Seung Yeon had released a press release saying, “I have only received legal dermatology care at the skin care center and have never received anything illegal…I can prove that I have never used Propofol other than medical treatment.”

In the statement Lee Jung Il, Lee Seung Yeon’s manager, apologized to the fans who were burdened by the scandal. “The reason why I am addressing the fans is for Lee Seung Yeon. I am not speaking just as her manager, but as a fellow colleague…Before I met Lee Seung Yeon, I saw her as a confident and truthful professional actress. When I was introduced to her, I realized her true self. She is a friendly, sweet, considerate, and warm person.”

He continued, “I wondered what could I do for her? I was inspired by the movie ‘Radio Star‘. I am not writing this to beg for leniency. I just wish that Lee Seung Yeon could be happy as a woman, wife, mother, and my colleague. I just want her to continue this happiness after suffering for so long.”

He also announced that some members of the agency put together a video that will hopefully show the public Lee Seung Yeon’s true and sincere nature. He ended the statement with a message to the actress and her daughter. “Seung Yeon Noona, be strong. My lovely Ah Ram, I’m so sorry that uncle couldn’t do anything for you.”