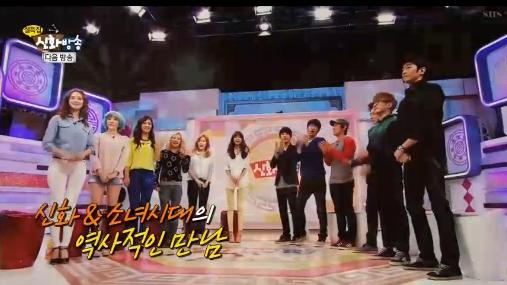 Girls’ Generation‘s member Yoona will shed some tears on the upcoming episode of “Shinhwa Broadcast.”

At the end of the February 3 broadcast of JTBC‘s “Shinhwa Broadcast,” it was announced that Girls’ Generation would appear in the next episode as special guests. Viewers are eagerly anticipating seeing Korea’s top girl group and legendary idol group come together.

The short preview reveals that Yoona will be the victim of a hidden camera concept. Similar to what they did to Shinhwa leader Eric in an earlier episode, Yoona will participate in several rigged games. At the end of the preview we can see Yoona wiping her tears and saying “So frustrating.”

This episode will air on February 10 on JTBC.