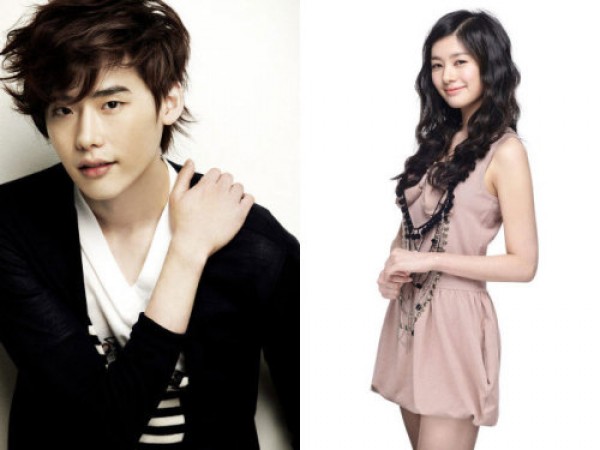 Recently, various media outlets reported about Lee Jong Suk and Jung So Min‘s secret romantic getaway to Japan. They both left for Tokyo, Japan on February 4 on the same flight. An anonymous informant stated that they were on the same flight, but sat separately.

Dating rumors between Lee Jong Suk and Jung So Min has been circulating among various celebrity-related online community forums for a while. Some people argued that they saw the celebrity couple on a movie date at a movie theater, offering pretty detailed description. Hence, many suspected the nature of their relationship and this trip to Japan.

Both Lee Jong Suk’s and Jung So Min’s agencies confirmed that the two celebrities went to Japan for personal reasons. However, both agencies denied the dating rumors. Lee Jong Suk’s representative stated, “Lee Jong Suk left for Japan with his manager on February 4 for a vacation. He did run into Jung So Min at the airport, but it was pure accident. They are not dating. Lee Jong Suk will come back to Korea on February 6.”

When asked whether Jung So Min and Lee Jong Suk were on the same flight, both agencies responded that they cannot confirm or deny it at the moment. Jung So Min’s agency also denied the dating rumors and announced, “She went to Japan for personal reasons. Her trip has nothing to do with Lee Jong Suk.”

Meanwhile, Lee Jong Suk and Jung So Min garnered much attention with their roles in recently ended shows KBS “School 2013” and JTBC “Can We Get Married?“

Jung So Min
Lee Jong Suk
School 2013
Can We Get Married?
How does this article make you feel?