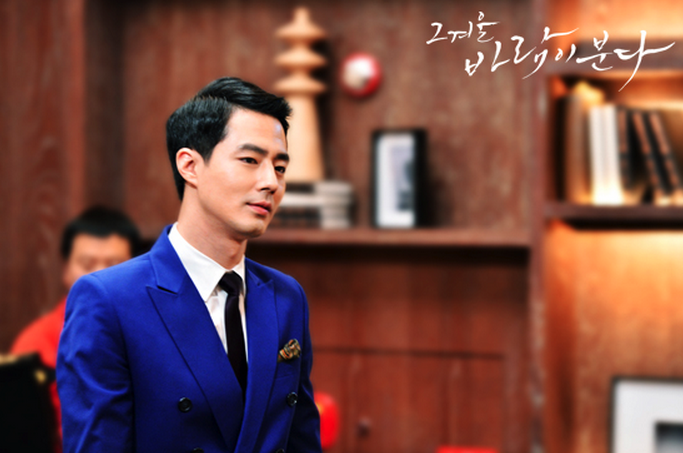 Jo In Sung Injures Hand while Filming “That Winter, The Wind Blows”

It’s been belatedly reported that Jo In Sung was injured during filming!

According to a source within the production team of SBS’s new drama “That Winter, The Wind Blows,” Jo In Sung injured himself while filming on February 4 and received 13 stitches.

The representative stated, “He was filming a scene where he punches a wall. He was so into character that he accidentally punched into the wall where a frame was hung. The frame fell off and the glass shattered, cutting his hand.” He continued, “After getting stitches at the hospital, Jo In Sung came back to the studio to finish filming. He’s showing a lot of passion and dedication to his work. Thankfully, it wasn’t a big injury and he seems to be very strong-willed.”

“That Winter, The Wind Blows” is a melodrama about a man and woman who don’t believe in love. Song Hye Gyo takes on the role of Oh Young, the sole heiress to a giant conglomerate. She lost both her parents and her eyesight, making her extremely self-protecting and lonely. Jo In Sung plays Oh Soo, a playboy and a gambler who lives a meaningless life. He sets his eyes on his next target, Oh Young, to pay off an enormous debt. While he approaches her for money, he ends up falling in love with her. The series also stars Kim Bum and APink’s Jung Eun Ji.

“That Winter, The Wind Blows” will premiere on SBS on February 13.