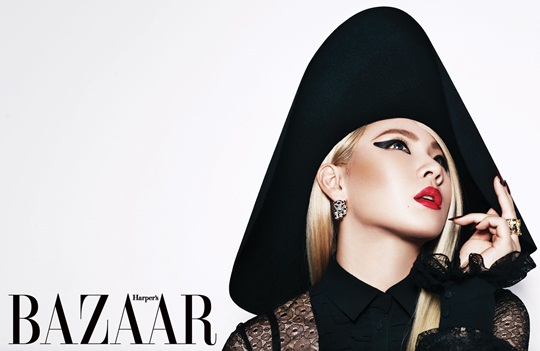 2NE1’s CL has never looked more mysterious, glamorous, and beautiful before! She appeared in a photoshoot with the other 2NE1 members for the fashion magazine “Bazaar.” But on February 25, “Bazaar” revealed close cuts and other unrevealed pictures of CL.

CL’s charms were shown off through these pictures. She is wearing makeup she hasn’t tried on before and gives off a classy type of sexiness.

CL also gave partook in an interview that accompanied this photoshoot. In the interview she spoke of 2NE1’s new album, fashion, beauty, personal likes, and about what she is like in everyday life.

CL’s interview and her photoshoot will be revealed in the March edition of “Bazaar.”

Meanwhile, 2NE1 is currently busy preparing for their comeback. Currently their new album is slated for an April release. However a date is not yet set in stone.

2NE1
CL
KPLG
How does this article make you feel?