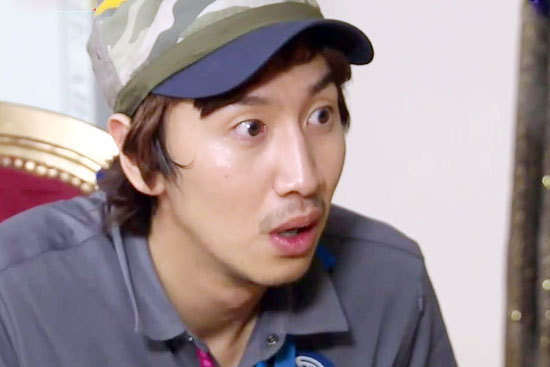 As SBS “Running Man” aired the “Asian Race” special over the past two weeks, Lee Kwang Soo‘s incredible popularity in Macao and Vietnam garnered much attention. He was welcomed everywhere he went, more so than any other “Running Man” members.

Producer Cho Hyo Jin of “Running Man” commented, “I wrote this in the subtitles of the show too, but I really don’t understand why or how he is so popular. I’m guessing it’s because he’s become so much funnier recently. According to Yoo Jae Suk, ‘the god of variety shows help Kwang Soo.’ It’s rather mysterious how he became so popular.”

Producer Cho Hyo Jin also explained that although Kwang Soo seemed to be exceptionally popular on the show, all “Running Man” members were evenly welcomed, with similar numbers of placards and signs. She emphasized Kwang Soo’s unexpected popularity once again, “The way people were calling for his name was so powerful. It won’t be a hyperbole to compare his popularity to that of Jang Dong Gun.”

The producer also commented on Kwang Soo’s reaction. She said, “He was really happy to see everyone so excited to see him. But it was more in the embarrassed way than the arrogant one.” Meanwhile, “Running Man” had the “Asian Race” in Macao and around major landmarks in Vietnam. On Feburary 10, the prequel of “The Secrets of Nine Swords” will be aired.