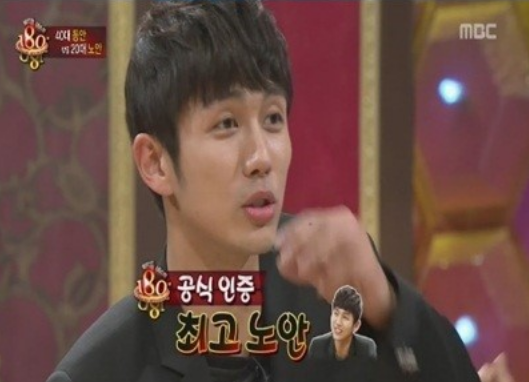 On the recent episode of MBC’s “Blind Test Show 180 Degrees” that aired on February 26, Sung Dae Hyun and 2AM’s Seulong and Jinwoon appeared as special guests.

When 2AM’s youngest member Jinwoon, who is 23 years old, was tested via a computer program, his face was recognized as that of a 16-year-old. On the other hand, when it was Seulong’s turn, his face was estimated to be 44 years old. This shocked everyone on the set as Seulong is only 27 years old.

When Seulong saw the result, he could not hide his disbelief as he said defensively, “This doesn’t make sense at all.”

Jeong Jinwoon
2AM
Seulong
KPLG
Blind Test Show 180 Degrees
How does this article make you feel?