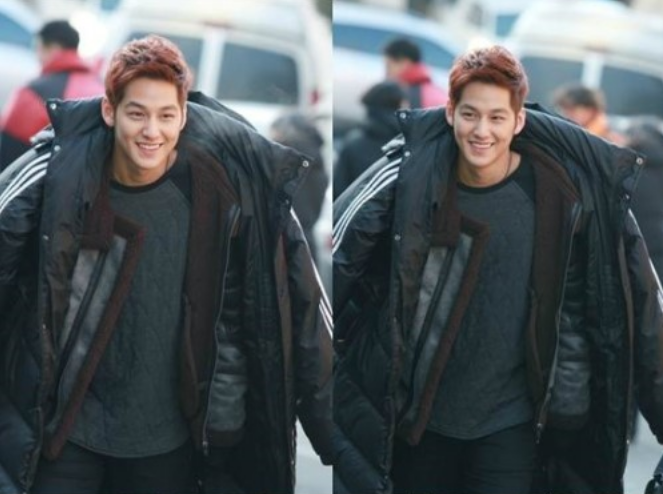 How Does Kim Bum Keep Himself Warm During the Outdoor Scenes of “That Winter, The Wind Blows?”

On March 1, actor Kim Bum’s agency “King Kong Entertainment” released behind-the-scene photos of the actor on the set of SBS’s drama “That Winter, The Wind Blows.”

In the pictures is Kim Bum during the breaks while filming the outdoor scenes. He appears to be wearing several layers of sweaters and a heavily padded jacket on top. He is also wearing a pair of black ear muffs on one of the photos.

An official from the drama set later revealed that despite the difficult schedule and weather, Kim Bum never lost his smile or complained.

Netizens that saw these photos admired, “Even in the cold, Kim Bum looks so handsome,” “Love his gentle smile,” “His lovely smiles melt my heart,” “He looks great with the red hair.”

Kim Bum
King Kong Entertainment
KPLG
That Winter The Wind Blows
How does this article make you feel?