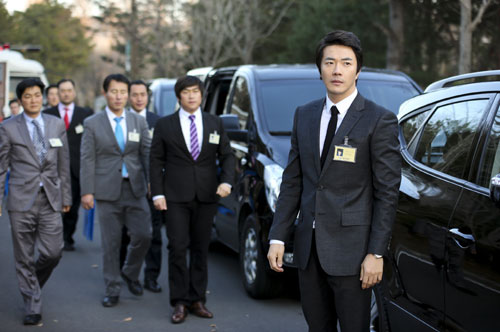 Recently Kwon Sang Woo wrote on his Weibo on March 6, “Currently in the midst of filming the drama ‘Yawang.’ I am memorizing the script very hard. Although the weather is a bit warmer now, it is very cold at night. So please wear warm clothes!!!”

In the picture, Kwon Sang Woo is at work, he looks very intense as he is studying his script for “Yawang.”

Yawang (Also known as Queen of Ambition) is a drama which tells the story of an ambitious woman Joo Da Hae. (Portrayed by Soo Ae) Although Joo Da Hae is born into poverty she will not let anything stand in her way from her goal of becoming the First Lady. At first Ha Ryu (Portrayed by Kwon Sang Woo) is in love with her. However, after he gets betrayed he takes his revenge.

Kwon Sang Woo
KPLG
Queen of Ambition
Yawang
How does this article make you feel?