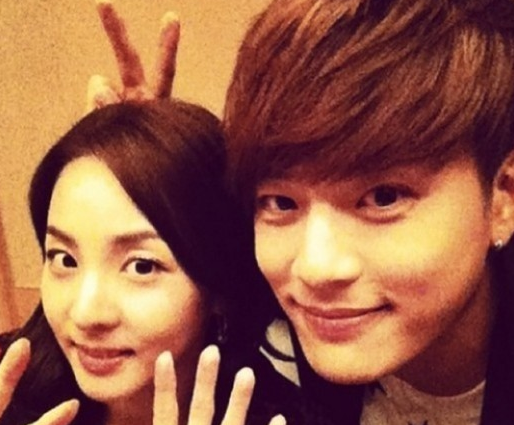 2NE1‘s Sandara Park recently congratulated Se7en on his 10th anniversary since the singer made his debut.

On March 9, Sandara Park tweeted a photo of the flower basket with the caption, “Today is Se7en-sama’s 10th anniversary since debut~! Congratulations x 21!”

The congratulatory flower basket had a heartfelt message printed on its ribbons that read, “Even if you won’t be able to sing for one year and ten months, we’ll be waiting for you! From: 2NE1.”

Netizens who saw the photo commented, “Sandara Park has such a sense for these kind of things”, “Congrats Se7en on your tenth anniversary!”, “I wish I had a friend like Sandara Park!” and “Se7en must have felt really supported!”

In related news, Se7en will be putting on his tenth anniversary concert “Thank U” on March 9 before enlisting in the army.

Sandara Park
2NE1
Se7en
How does this article make you feel?