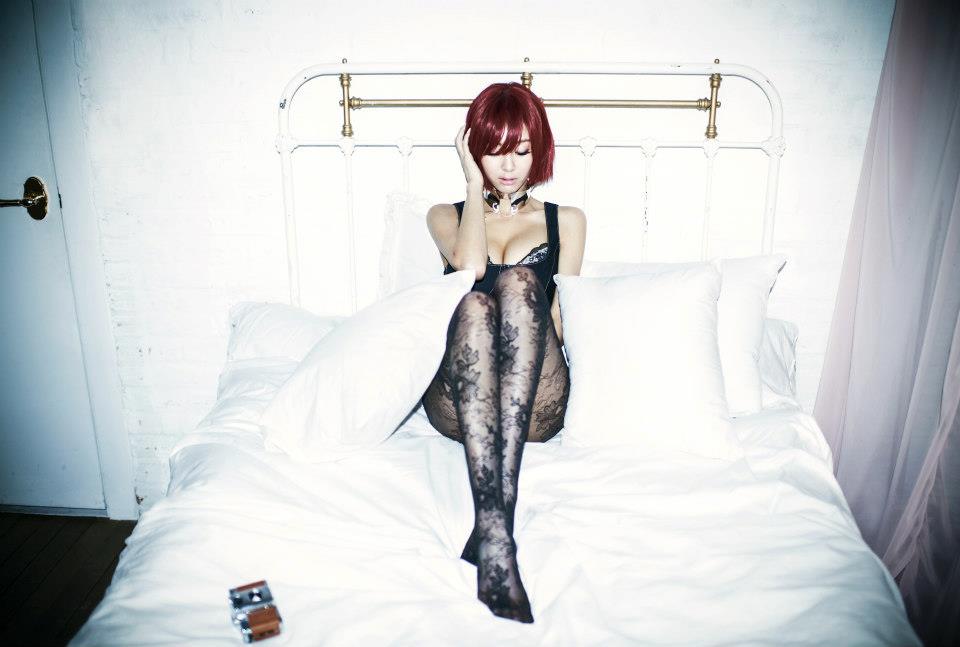 G.NA, who has released hits after hits such as “Black & White” and “2HOT,” has returned with her fourth mini-album, “Beautiful Kisses.” Through this album, listeners will be able to see the singer’s lovable and cute side. The title track is “Oops,” a charming song with piano melody. It is a love song about wanting a boyfriend who loves a girl for who she is. Btob’s very own Jung Il Hun is featured in this track.

Lee Hi, who has done exceptionally well with her debut track, “1,2,3,4,” returns with part one of her first album. It is known that YG’s top producers took part in this greatly anticipated album. The title track this time around is “It’s Over” while the second title track, “Rose” will be released on March 21st.

Girl’s Day releases their very first album, “Expectation” two years and eight months since their debut. The title track is “Anticipate,” a hybrid number which incorporates both analogue and electronic sounds. This addictive number is about a girl who wants to make a womanizer hers. There are a total of six new tracks in this album.

Heo Young Saeng releases his third mini-album, “Life” after one year. The singer makes a 180 degree transformation to show fans a never-before-seen side of him. The title track is “Art of Seduction,” a retro dance number with funky rhythms. It is co-composed by the famous Sweetune and Kim Seung Su. The lyrics are witty and are about a guy who likes a girl but doesn’t know how she will respond.

UKISS makes a comeback with their third album, “Collage,” after one year and six months. Through this album, listeners will be able to see each of the members’ respective charms. The title track is “Standing Still,” a progressive house track composed by Ryan S. Jhun. The song holds lyrics about a guy who can only look towards a girl who has already closed her heart’s doors. Another song worth mentioning is Kevin’s solo track, “My Reason.”

Skillful duo, 2Bic releases their first full-length album, “Back to Black,” after a year. The album holds thirteen songs with the title track being “Bye Bye Love.” It is an R&B number which showcase the group’s skills through ad-libs. The song is about a guy who tries to hold onto a lover.

Soul musician, Jung In releases her third mini-album in two years. The singer makes a comeback as a producer, making this album all the more anticipated. The album consists of five tracks which the singer sings about love and breakup. Listeners will be able to hear the singer’s powerful vocals through this album. The title track is “Those Obvious Words.”

Davichi pre-releases medium-tempo ballad, “Turtle” in midst of a new album. It is a sad love story about a person who slowly tries to forget one’s lover. The duo is expected to make a comeback this spring.