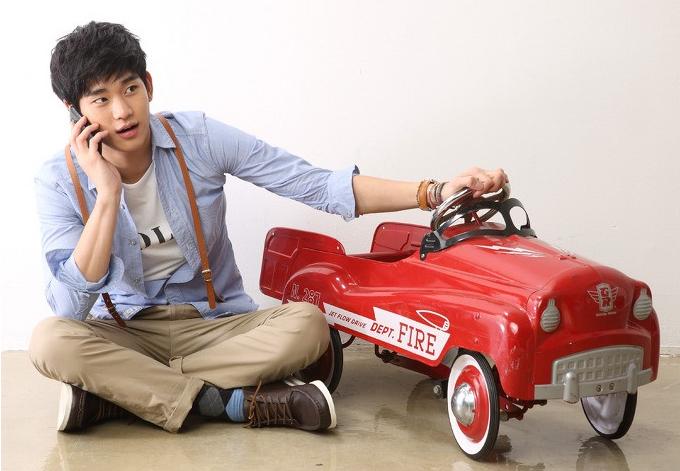 Great News! We will be able to see actor Kim Soo Hyun on the small screen pretty soon!

The handsome actor has been diligently working on the movie “Secretly and Greatly” (also known as “Covertness“) since October and finally wrapped up filming on March 8. After taking a short but well deserved break, Kim Soo Hyun is expected to return to schedule.

A representative of his agency Key East Entertainment said in a statement, “The movie has finally been cranked up. Now that he has time he will devote his time to promotional activities…During his break he has already received drama offers and he will be reviewing them.”

It’s no mystery why he is so desirable. With success that he had with his last drama, “The Moon that Embraces the Sun” Kim Soo Hyun had established himself as the hot male lead. Add on the commercial success of his movie “The Thieves“, Kim Soo Hyun had his face all over Korea and no one minded. Since then his fans have been waiting patiently for his return.

“Secretly and Greatly” is expected to air in June of this year, confirmed the representative. “Kim Soo Hyun will not just be looking for advertising or events, but also good acting opportunities.”

“Secretly and Greatly” is based off of a 2010 webtoon about a handsome North Korean spy who acts like the village idiot. Park Ki Woong, Lee Hyun Woo, Son Hyun Joo, and others will also star in the movie.