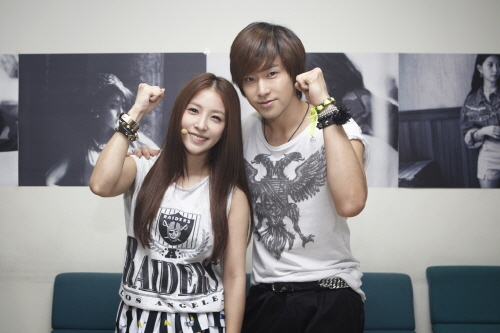 BoA recently supported and praised DBSK’s Yunho for his latest acting gig. The singer showed off her close friendship for her labelmate Yunho who stars in SBS’s Mon/Tues drama “Night King” as Baek Do Hoon, with a support message on her Twitter.

Meanwhile, in the latest episode of “Night King” Baek Do Hoon found out that the woman he loves, Joo Da Hye (Soo Ae), blackmailed his family into accepting her as a daughter-in-law. As he confronts her, he accidentally triggers a car bomb, getting caught in the explosion. The episode ended with Baek Do Hoon in critical condition, leaving viewers unsure of his future.