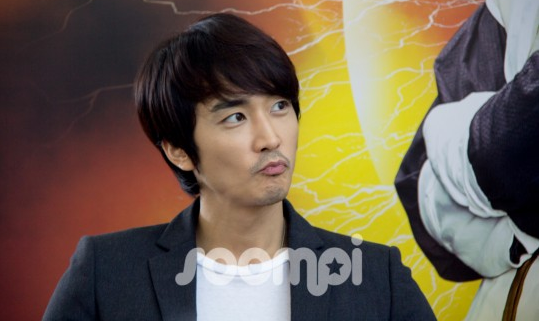 Song Seung Hun’s Chiseled Abs Can Cause Fans to Faint

Many people are well aware of the man’s muscular build, but it seems that Song Seung Hun recently bulked up.

He mentioned in a previous tweet that he was in Guam about the time when these pictures were taken. He proudly poses for his fans using the landscape of Guam as his backdrop. His chiseled abs and breathtaking view seems like a teaser for a magazine photoshoot.

Netizens seem to agree as some of the comments were, “Man, looks like his moobs will explode,” “He’s so cool,” “His pictures look straight from a magazine.”

Meanwhile, Song Seung Hun and Shin Se Kyung have been casted as the leads for MBC’s upcoming drama “When a Man Loves” and it will premiere in April.

KPLG
Song Seung Heon
How does this article make you feel?