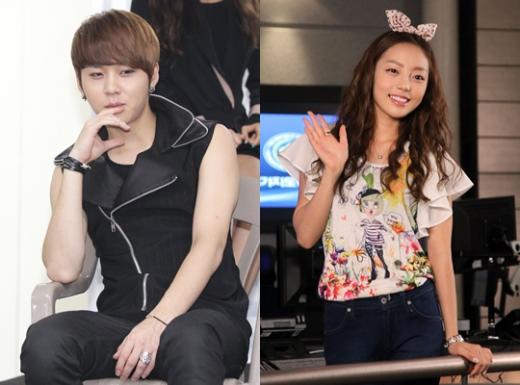 As a segment of the show, each guest had to choose a song that they would want to dedicate to their junior idols. Kim Jae Duk chose Sechskies’ “Couple.”

When asked about the reason for his choice, Kim Jae Duk answered, “Idols these days go on secret dates backstage or the end of the hallways or VIP bathrooms,” and “This song selection just means that I hope their love lasts forever, even if they date in those places.”

Then the emcees asked, “Have you ever witnessed an idol couple dating?” Kim Jae Duk answered, “I once saw them sprint out of the bathroom together. I also saw them exchanging gifts or lunchboxes at the end of the hallway. It’s not easy for them to meet outside. So meeting inside the broadcasting station is safer.”

Meanwhile, another Sechskies’ member Jang Soo Won made a surprise appearance, which drew much attention from the viewers.